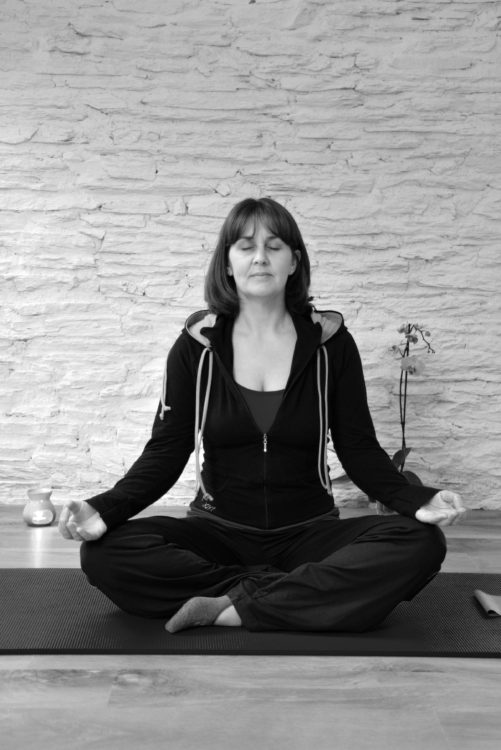 The word yoga is derived from the Sanskrit language and means to unite or to harmonise. In other words, yoga means working towards a level where the activities of the mind and body function together harmoniously.

Yoga also refers to the union between the individual and something greater, whether it is called God, the Divine or anything else. Although, yoga does not represent or promote any particular religion; it is a system that aims to help people achieve their full potential and a heightened consciousness. This is achieved through age old techniques, accessible to anyone who is interested. These techniques work towards the development of every human faculty: physical, emotional, mental and spiritual.

The science of yoga is vast and has been devided into several branches. Each branch focuses on a different means of achieving union with the devine or the greatness of human potential.

The main branches are as follows:

Hatha Yoga – This is the most practical branch of yoga and the best known in the West. It involves a system of exercises that trains relaxation and breathing through physical postures. The aim is to promote vibrant health and tap into the body’s latent energy reserves.

Raja Yoga – Involves mental disciplines to work towards mastering consciousness and stiling the thoughts of the mind.

Jnana Yoga – Involves the study of your preferred scriptures and meditation.

Yoga works a bit like other mind-body therapies to reduce stress and release endorphins, our body’s own natural painkillers and mood enhancers. Studies have shown that yoga lowers the heart rate and blood pressure, while increasing muscle relaxation and breathing capacity. Harvard Medical School researchers have found that long term practitioners of relaxation methods such as, yoga and meditation have far more active disease fighting genes to protect from disorders such as pain, infertility, high blood pressure and rheumatoid arthritis.

The practice of yoga asanas (postures) improves fitness, strength, flexibility and balance as well as massaging the internal organs and improving circulation, digestion and hormone function. Through yoga relaxation and meditation you can reduce anxiety and stress and breathing techniques will help to improve oxygen levels and lung capacity.

A brief History of Yoga

Yoga is a psychological, physiological and spiritual discipline that has been an integral part of Indian culture for thousands of years. The ancient yogis developed the system as a means of achieving harmony within themselves and in relation to their environment. They believed that by working with the body and the breath, control over the mind, emotions and general well being could be achieved. Yoga philosophy was passed down by oral tradition, as it was received by sages through meditation. For this reason, the precise origins of yoga remain somewhat of a mystery.
The first recorded written mention of yoga appears in a collection of Indian scriptures called the Vedas, which date back to about 1500BC. However, archaeological finds in the Indus Valley, of intact ceramics depicting figures in yogic meditation poses, show that yoga was practiced at least 5000 years ago. The practice of yoga was systemised in approximately the third century BC by a yogi called Patanjali in his work The Yoga Sutras.
Yoga was introduced to the West by an Indian sage called Swami Vivekananda, who demonstrated yoga postures at a world fair in Chicago in the 1890s. This generated much interest and laid the ground for the welcoming of many other Yogis and Swamis from India in the years that followed.

Patanjali is widely regarded as the founder of the formal yoga philosophy. His yoga is known as Raga Yoga, which is a system for control of the mind. He defines the word “yoga” in his second sutra as the inhibition of the modifications of the mind” or “Yoga is restraining the mind-stuff from taking various forms.”

Patanjali’s writing also became the basis for a system referred to as “Ashtanga Yoga” (“Eight-Limbed Yoga”).

The Eight Limbs of Yoga

1. Yama (The five “abstentions”): non-violence, non-lying, non-covetousness, non-sensuality, and non-possessiveness.
2. Niyama (The five “observances”): purity, contentment, austerity, study, and surrender to god.
3. Asana: Literally means “seat”, and in Patanjali’s Sutras refers to the seated position used for meditation.
4. Pranyama (“Suspending Breath”): Prana, breath, “yama”, to restrain or stop. Also interpreted as control of the life force.
5. Pratyahara (“Abstraction”): Withdrawal of the sense organs from external objects.
6. Dharana (“Concentration”): Fixing the attention on a single object.
7. Dhyana (“Meditation”): Intense contemplation of the nature of the object of meditation.
8. Samadhi (“Liberation”): Merging consciousness with the object of meditation.